mluff
Suitable for teaching 7-11s. Historian Bettany Hughes explores what made Britain so attractive to the ancient Romans that they made it a province of their great empire.

Subscribe for more History clips from BBC Teach on Thursdays when we have them in: http://bit.ly/BBCSubscribeTeach

If you found this video helpful, give it a like.
Share it with someone.
Add the video to your own teaching playlists.
Create an account, subscribe to the channel and create playlists for different age groups, sets and syllabuses.

=====================
Bettany Hughes explains why the Romans were keen to invade Britain and, by referring to a book written by Julius Caesar, introduces the Celts and examines how they looked and lived. It shows the Celts were fierce warriors who used chariots in their battles, and explains why it took 100 years from the invasion before Claudius finally gained control. It describes how the empire expanded and the countries that it controlled. Bettany visits Rome to show where it all started, and visits the forum and an amphitheatre where she discusses how the gladiators were so popular that they were brought over to Britain. Bettany looks at how the Romans introduced under-floor heating, which was called a hypocaust, and the towns they built, like Cirencester, that still exist today.

This clip is from the BBC series Roman Voices. This series of films builds a picture of what life was like in Roman Britain and the lasting legacies of the Roman Empire.

For Class Clips users, the original reference for the clip was p01lkwjz.

This is relevant to teaching History at KS2/Second level (Scotland).

=====================
Subscribe to create your own customised playlists, and get notified about our latest clips. As we have them, new videos will be uploaded on the following days: 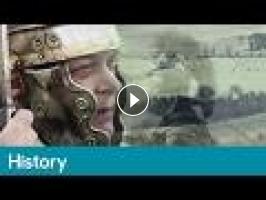 Suitable for teaching 7-11s. Historian Bettany Hughes explores what made Britain so attractive to the ancient Romans that they made it a province of t...